Hope you had a lovely weekend! Get up to anything fun?

Things are finally starting to get back to normal around here after the craziness of the holidays the past couple weeks. It’s always fun to have a lot of activities going on and people to see, but eventually it gets kind of exhausting. I’m excited for the peace and quiet that will likely be the rest of January!

Here’s some of the randomness that was my weekend:

We continued to spend time with our kitty friend, Annabelle. She stayed with us from the Friday after Christmas until yesterday. It was so fun having her around, and really makes me want to get a kitten (eventually). Ideally we’ll have a house first where things like litter boxes can be scattered out a bit more. 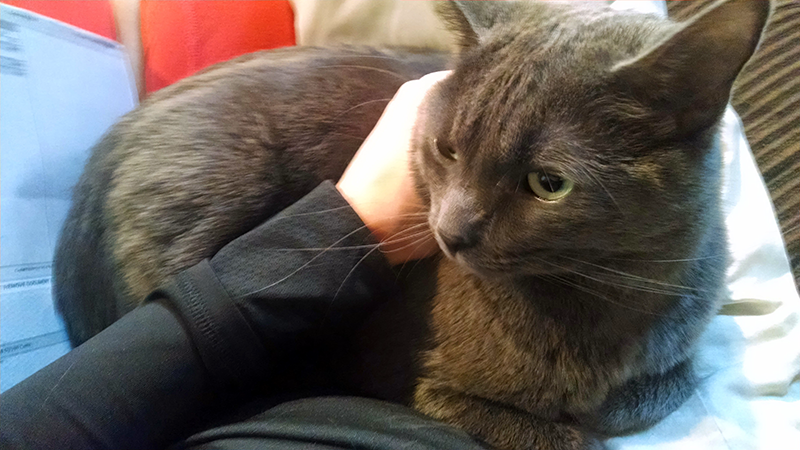 On Saturday morning we stopped in to Sardine for some local eats for brunch. Shared a bloody to start things off: 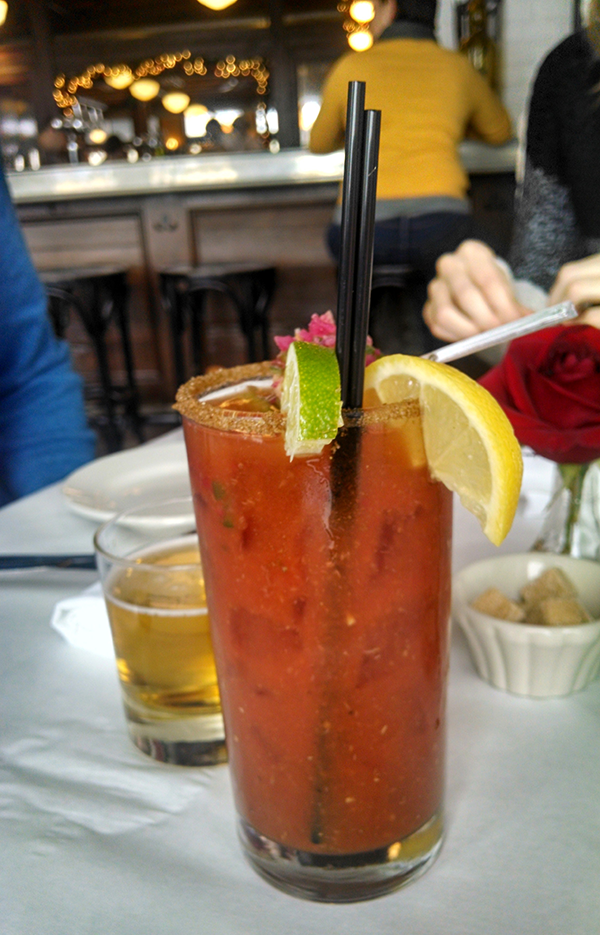 And I had these fabulous baked creamed eggs, topped with prosciutto and lots of gruyere cheese. I didn’t even know what creamed eggs were before this, but let me tell you, they were divine. The cheese didn’t hurt either. 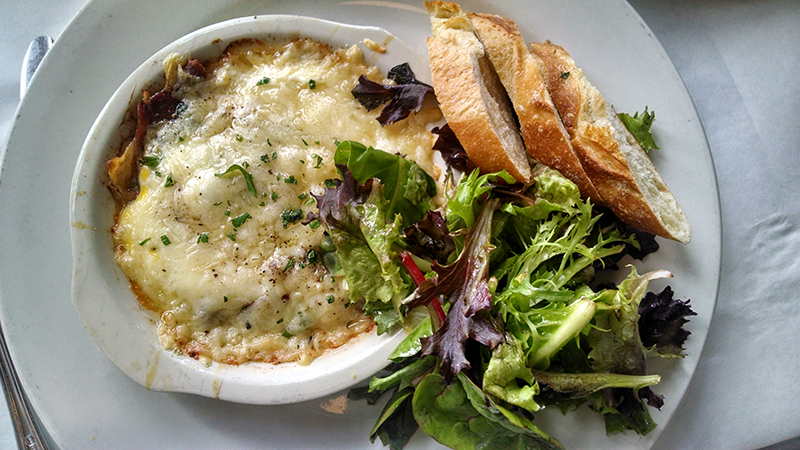 After brunch we popped over to the Dane County Humane Society to check out the kitties (not getting one yet, but you never know!) before heading to see the movie Wild. Have you seen or heard anything about it? It’s based on a biographical novel/memoir of the same name, written by Cheryl Strayed and detailing her time and challenges hiking the Pacific Crest Trail. Loved the book, and the film was an excellent representation of it. Highly recommend both the book and the movie!

Spotted these pretty trees on the way back to our car: 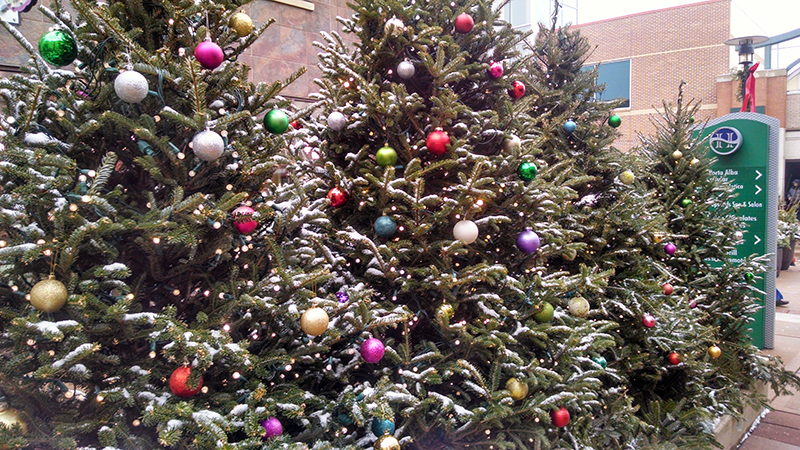 The movie got done right around dinnertime, so when we got home I cooked up this Bacon and Brussels Sprouts Spaghetti Carbonara from Iowa Girl Eats. It was so delicious! It’s basically a combination of some of my favorite things: pasta, cheese, and BACON, plus brussels sprouts, which I’ve recently started loving.

Saturday night we also visited some friends who had just that day adopted a new kitten of their own! Cutest little guy in the world, and we had a good time wearing him out by helping him play with all his new toys, haha.

Sunday was a lazy morning leading into a lazy afternoon, plus I was doing my best to calm my ever increasing nerves… because I taught my first Piloxing class Sunday afternoon! Overall I think it went well! My greatest fear was that no one or not enough people would sign up, and my second fear was that I would completely screw up the choreography. Happy to say that neither happened! Between 11-13 people came for the class, and most had never taken Piloxing before. Everyone seemed to enjoy it, and got a good workout to boot! I’ve already started a list of things I can improve upon in my coming classes (I’ll be teaching regularly every Sunday from now on), but I’m very glad to have that first class over with.

To celebrate my successful class (ok, we probably would have even if it wasn’t successful), we went out for dinner to a local Asian restaurant. I’ve been wanting to introduce Aaron to hot pot basically since last winter, and he finally got to see what all the fuss was about. 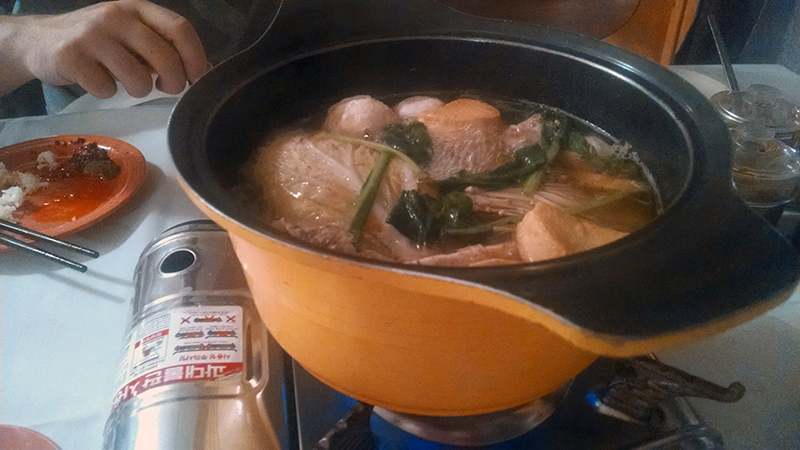 Your server brings you a pot of simmering broth, and you can order a selection of different veggies and thinly sliced meats to cook right on your table. We chose a combination of pork and prime rib. Our meal is simmering away above! Such a perfect meal for a cold winter day.

Rounded out the night with an episode of Lie to Me on Netflix. I’ve seen all the episodes before (the show originally ran from 2009-2011), but I’ve recently gotten hooked on it again. I’m already dreading getting to the end of the series again because I still remember how bummed I was that I had no more episodes to watch.

We hadn’t ordered dessert at the restaurant, so when we got home I made these waffle iron churros. I’ve been wanting to try them since I got my waffle iron for Christmas, and they did not disappoint. I only made a half batch, which was the perfect portion for two. Not exactly the prettiest, but believe me when I say they were delicious. :) 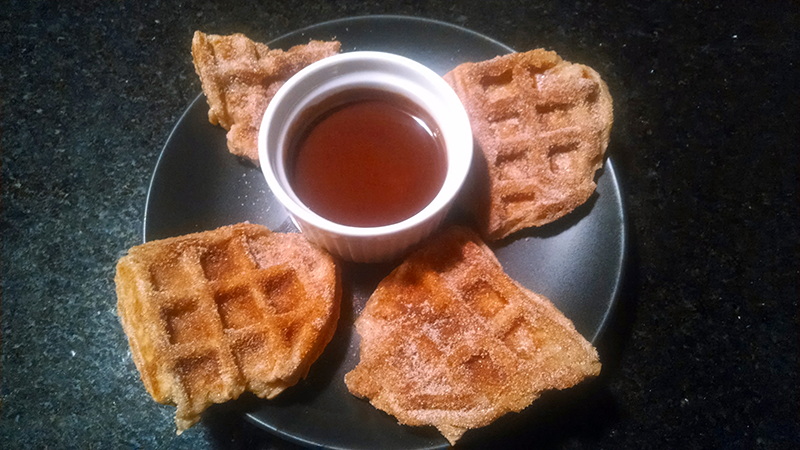 One other thing I did on Sunday was create a Goals and Inspiration board to represent what I want to accomplish (and inspiration to do it) during the coming year. The original idea is courtesy of Gina @ Fitnessista, and I had such a fun time putting it together. Mainly because I love pretty pictures (thank you, Pinterest!), but I also know that I’ll be referencing and adding to it a lot over the coming weeks and year!

Have you set any goals or resolutions for 2015? Share them in the comments! I also highly recommend making your own inspiration board if you have a bit of time to dedicate to the project.