Hope you’re having a lovely weekend!

I’ve been balancing mine out with fun activities, getting some things done, and a bit of relaxation ( = the perfect weekend combo).

The weekend will be ending on a high note tonight when we get to see John Oliver (former correspondent on The Daily Show with John Stewart, and current host of Last Week Tonight on HBO) performing in downtown Madison. I super lucked out with our tickets: somehow I ended up being on a random email list for the Madison comedy club that gave advance access to tickets for the show… and we ended up in the 5th row! Close enough to feel his spit, as Aaron pointed out. ;)

Below are some other food, things, and miscellaneous items I’ve been loving lately. And feel free to share anything you think should be added to the list in the comments, I love hearing what others are loving too. Enjoy!

Penguins: Well my penguin love itself isn’t anything new, but this GIF may be my new favorite penguin thing ever. They are so adorably festive!! If anyone is looking for gift ideas, I’ll happily accept a penguin. :)

Dumplings: One of my favorite lunch choices, especially during the cold months, is to stop in at Paul’s Pel’meni for a generous serving of warm dumplings. The mix with the works is the way to go: a mix of potato and beef dumplings, topped with cilantro, curry powder, butter, hot sauce, and a side of sour cream for dipping. So deliciously simple. 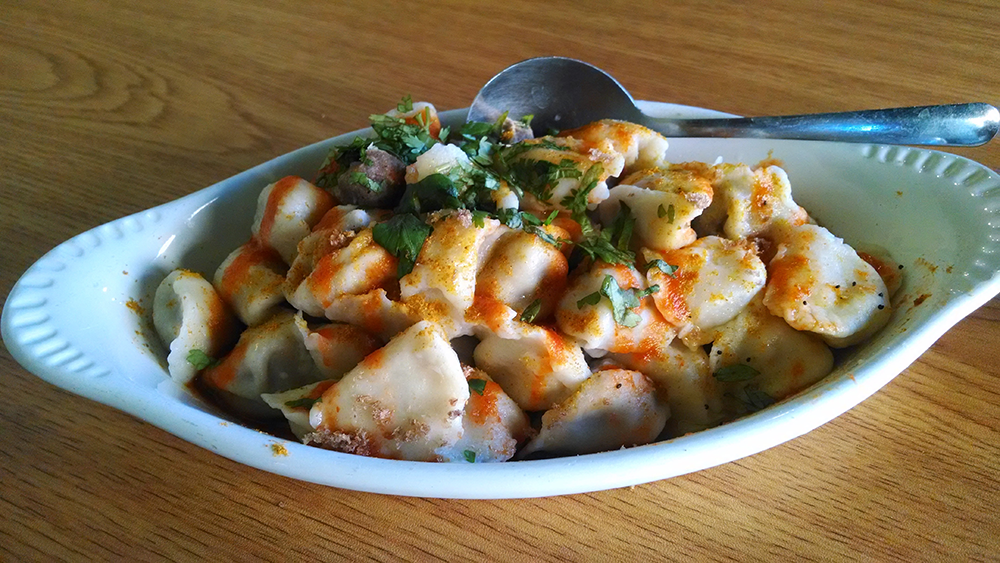 Quick Oats: Oatmeal is another of my favorite cold-weather foods–there’s nothing better than a bowl of hot oats on a cold morning. I recently discovered this quick recipe for egg white oatmeal, which was an instant favorite. Sweetened with banana instead of sugar, and while the addition of egg whites might sound strange, they add an awesome fluffiness to the oatmeal that you just can’t reproduce any other way. I served mine topped with cinnamon, maple syrup, and bacon. :) 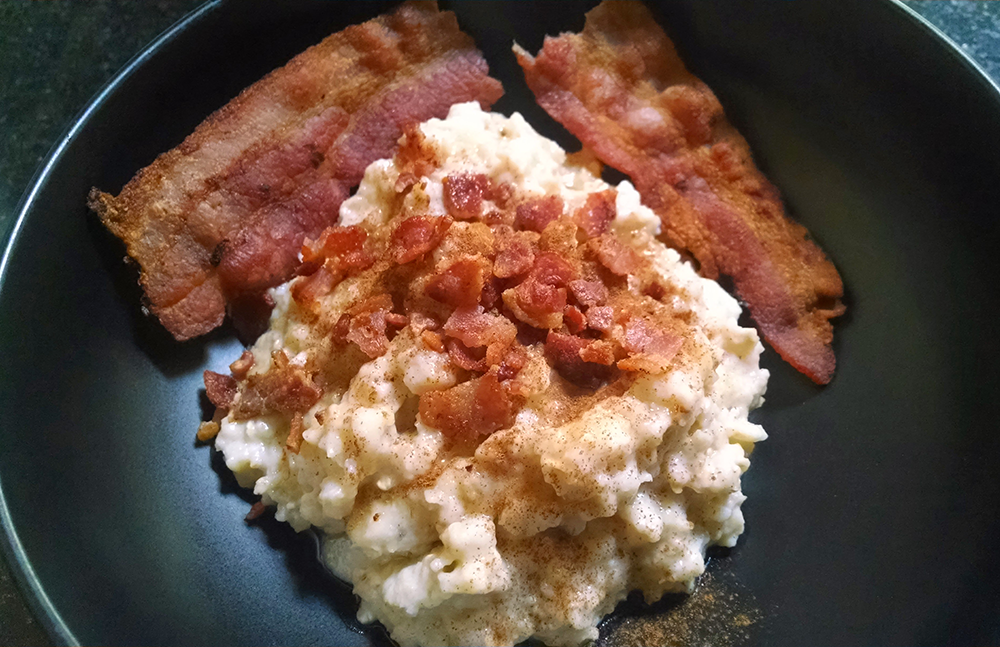 Homemade Quiche: I made this tasty quiche–crust and all–for dinner earlier in the week. We filled it with kale, onion, and a few slices of chopped up bacon (if you’re sensing a theme of bacon loving in our household, you’re correct!), plus some melty sharp cheddar on top. Super tasty, and surprisingly not too difficult; the recipe I followed is here. 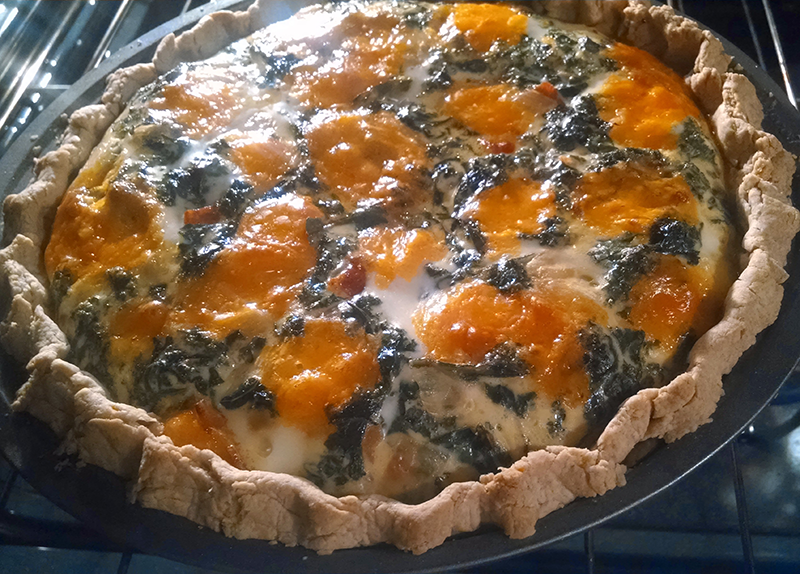 Sherlock: I already mentioned my new-found discovery of the BBC show Sherlock recently on the blog, but the show has quickly become a favorite. I’m trying to savor it a bit more than I normally do with favorite shows (I’m definitely of the type to sit down for a lazy afternoon on the couch and blaze through as many episodes as possible!) because each season only has 3 episodes–though they are an hour and a half each. I just finished the first season (they’re all on Netflix) while snuggled up in bed yesterday. Perfect dreary Saturday afternoon activity. 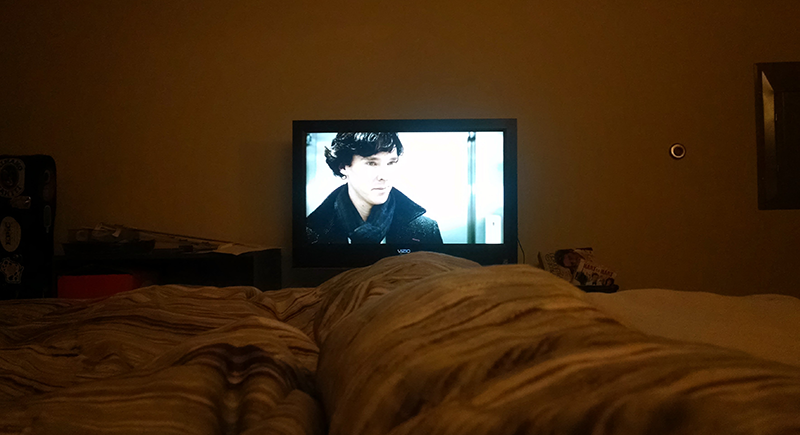 Vivaldi’s Gloria: I sing in a community choir, and we had the first of our two performances for the semester yesterday afternoon at a local nursing home. We’re singing a number of seasonal pieces, but the star of the show will be our performance of Vivaldi’s Gloria. This is a beautiful rendition by a University of North Texas choir (I hope we sound this good!). Highly recommend giving it a listen.

Cozy Sweaters: My sweater collection had been a little lacking this fall/winter, so in the past couple weeks I ordered a handful of new sweaters from Express, Forever 21, and Nordstrom Rack. This cozy marled sweater ended up being my favorite of the lot. For F21 it’s surprisingly good quality, and it’s thick enough to keep even me warm (which is a feat, I assure you). I’m loving the marled look on clothing these days too. 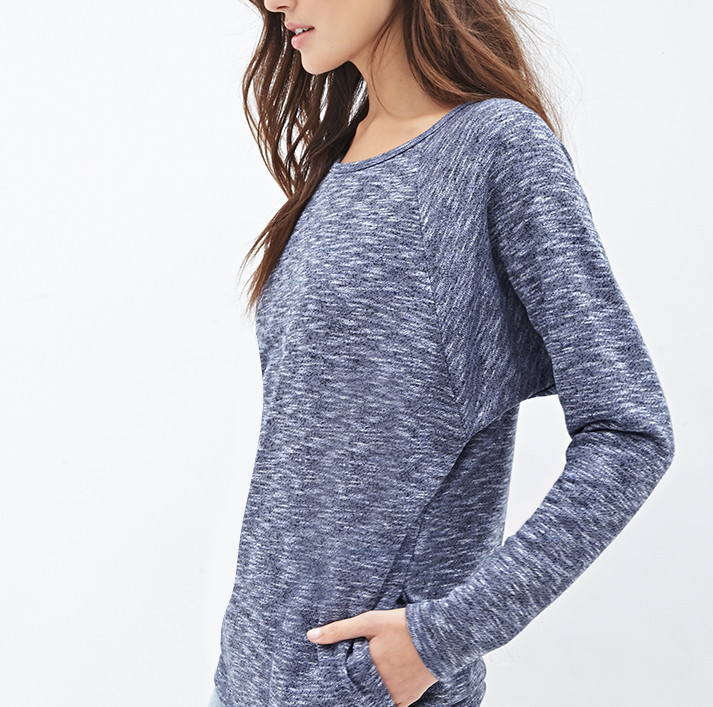 Hope you enjoy the rest of your weekend!