Before Florence, we visited Barcelona, Spain: Recap Part 1 and Part 2.

Tuesday morning we set off for the airport to catch a short flight to Pisa, followed by an hour bus ride across the Italian countryside to Florence (Firenze to the locals). Before the trip we had considered stopping at the Leaning Tower, but since we’d be having to lug our bags around, we nixed that idea (in hindsight, this is probably all we would have been missing out on anyway haha).

The bus deposited us at the Santa Maria Novella train station (a central hub of transportation in Florence), which was about a 10 minute walk from the Airbnb apartment we were renting. We met up with our host (Federico, or “Frederico” as Aaron accidentally called him in an email :P), and spent some time settling into the new apartment before heading out to explore.

This was the view of the Duomo (a cathedral built in the 1400s) from our apartment window! We were literally right in the city center, which was so cool. 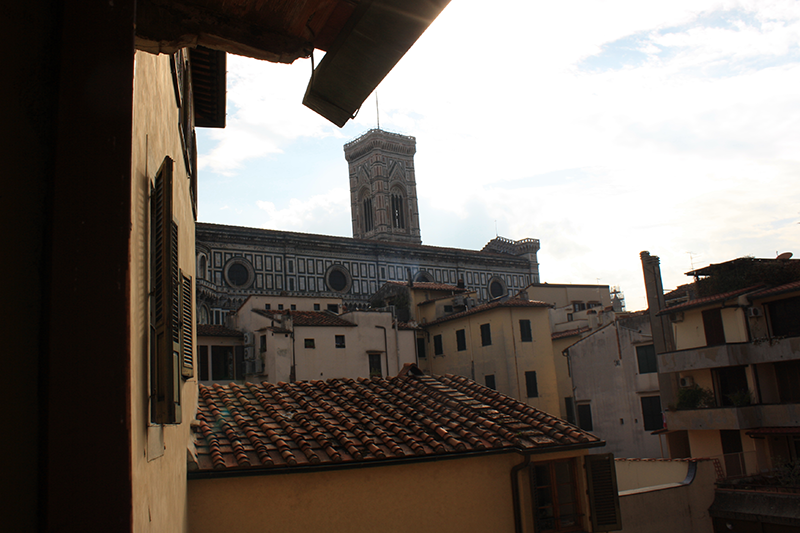 Another shot taken from the hallway up to our apartment: 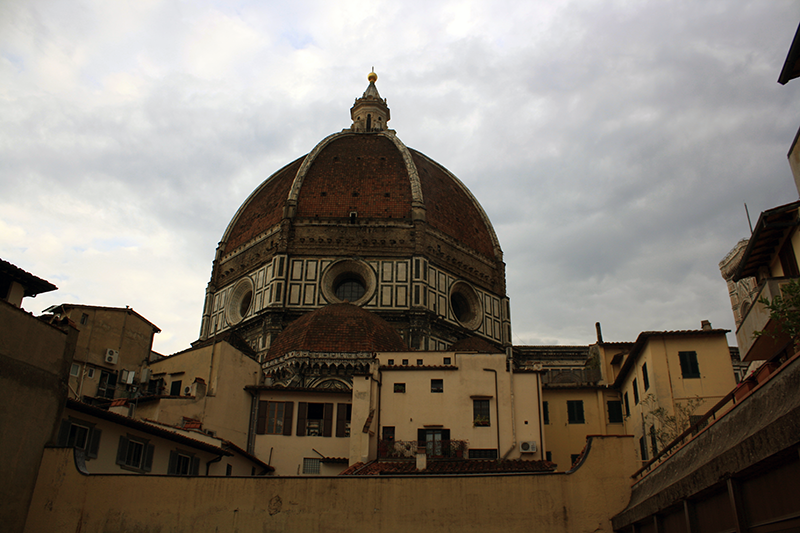 First stop on our agenda of course was the newly opened BrewDog Firenze bar! Aaron and I like to joke about it being “our” bar because we own a stake in the company (in actuality we jointly have one share of stock in the brewery). Couldn’t pass up the opportunity to spend as much time here as possible, so we visited three times over the five days we were in Florence. :) 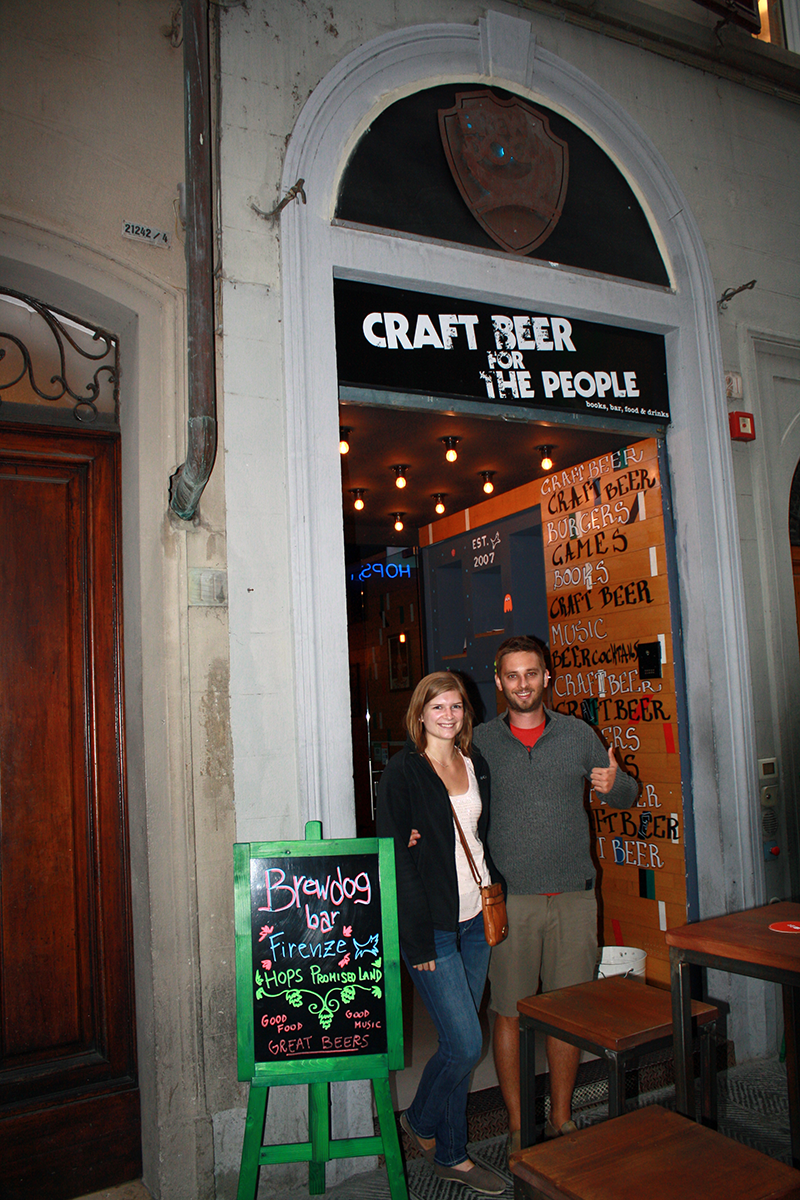 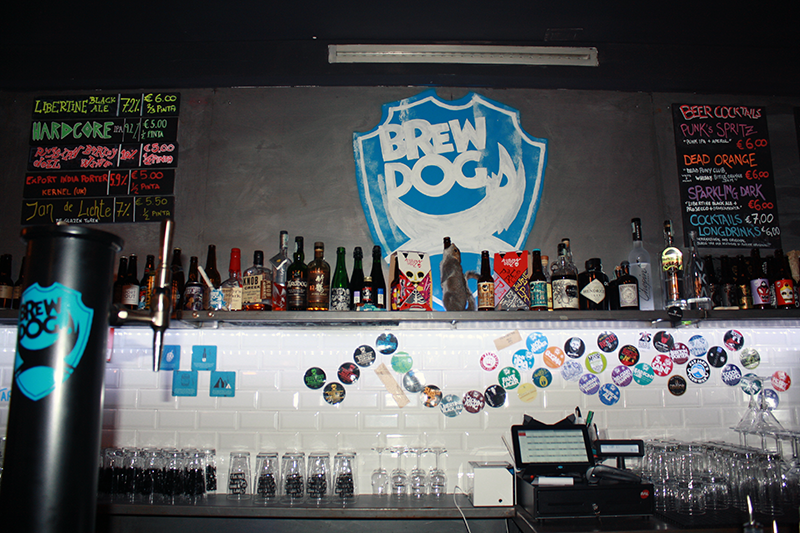 Lauren and I both tried a flight of four beers each, and Aaron got the Jackhammer IPA (excuse me, “eepa”!): 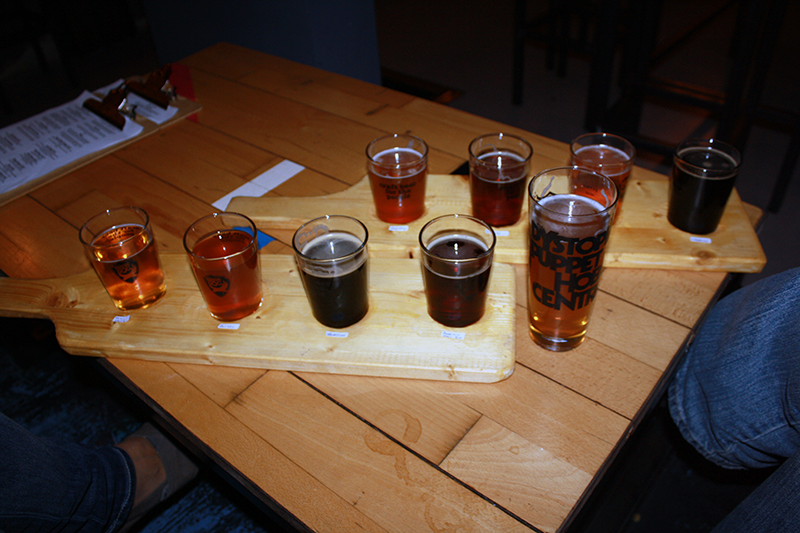 More fun local decor (no idea why the octupus, but there’s our neighborhood Duomo): 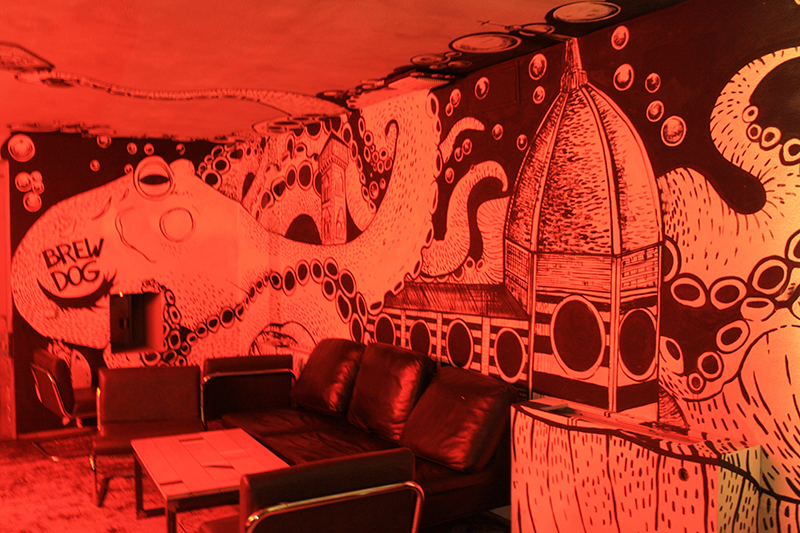 After beer (which maybe isn’t typical drinking for Italians, but of course we had to go) at BrewDog, we stopped at a pizza place on the way back to our apartment for a quick bite. How delicious does this pepperoni pie look?? A glass of wine topped off the meal. 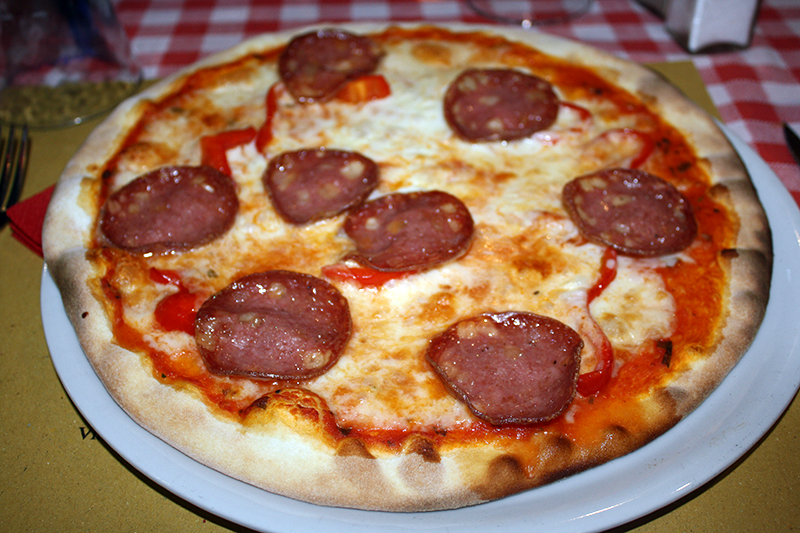 After dinner, another stop for dessert to get our first real Italian gelato. This baby was dark chocolate and strawberry. Happily, all the gelato places we visited let you order two flavors instead of having to make the horrible decision which one flavor sounds the best. And my favorite thing about chocolate in Italy was that you always knew you were getting the good dark stuff, instead of the milk chocolate I would normally expect at home. 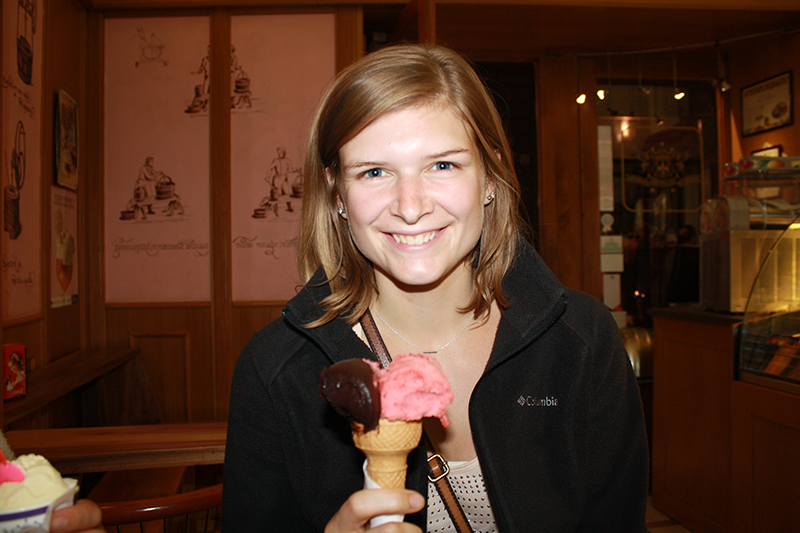 Rise and shine! After a jam packed day of traveling and eating the day before, we were ready for our first full day in Firenze. Federico had stocked our apartment with a good amount of cooking ware, so these cute little guys were used frequently in the mornings for freshly made coffee: 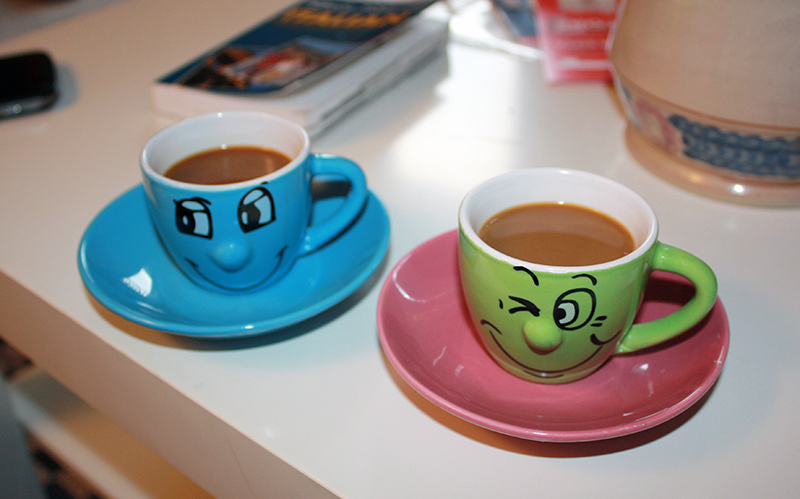 For breakfast we wandered over to the Mercato Centrale, which is a large market located in a building among the stalls of the San Lorenzo market (which feature a lot of leather goods!). We grabbed a bite to eat at a stall within the market (I had this delicious sandwich below–the crusty, crunchy bread was one of my favorites), and then went on a hunt for ingredients we could use to cook up our own Italian meal. We ended up purchasing a bunch of fresh pasta (I really want to try making my own now!), pesto sauce, burrata cheese (another new favorite food, yummm), lettuce, tomatoes, figs, and apples. 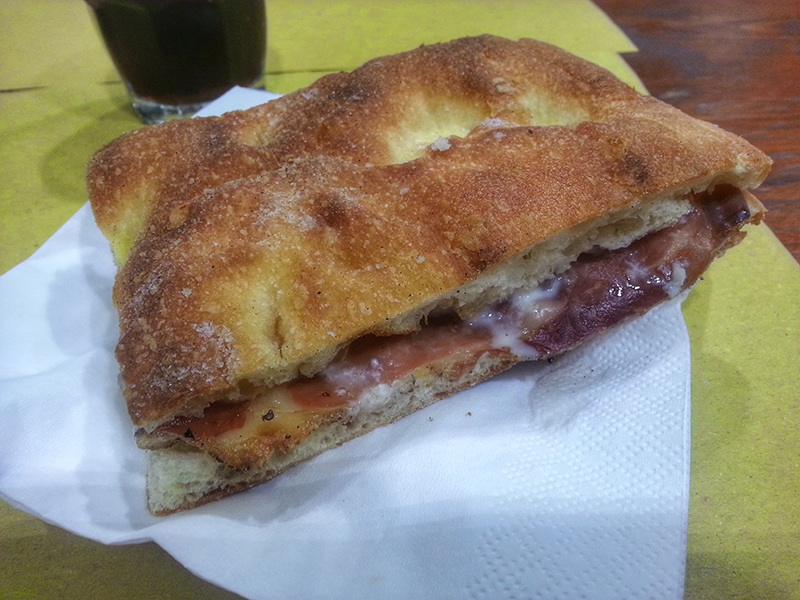 We didn’t do a ton of touristy sightseeing while we were in Barcelona, so for Florence we decided to go all in for seeing the sights. Our first day there we purchased the Firenze Card, which allows you to visit many of the museums and exhibitions throughout the city over a 72 hour time window. Price of admission is included in the cost, plus free access to the bus system and public WiFi. We never actually used the buses, but overall we were very pleased with the purchase of the card. It allowed us to bypass a lot of the long entrance lines to museums (especially since we hadn’t reserved anywhere in advance), and made it easier to see bits of things we might not otherwise of gone to without having the covered admission already (like seeing the David at the Accademia Gallery).

After breakfast we took off for the Duomo (the cathedral just a half block from our apartment). This is a view of the incredible dome within (there are two levels of walkways that you can see right above and below the circular windows, both of which we eventually walked along when we climbed to the top of the dome): 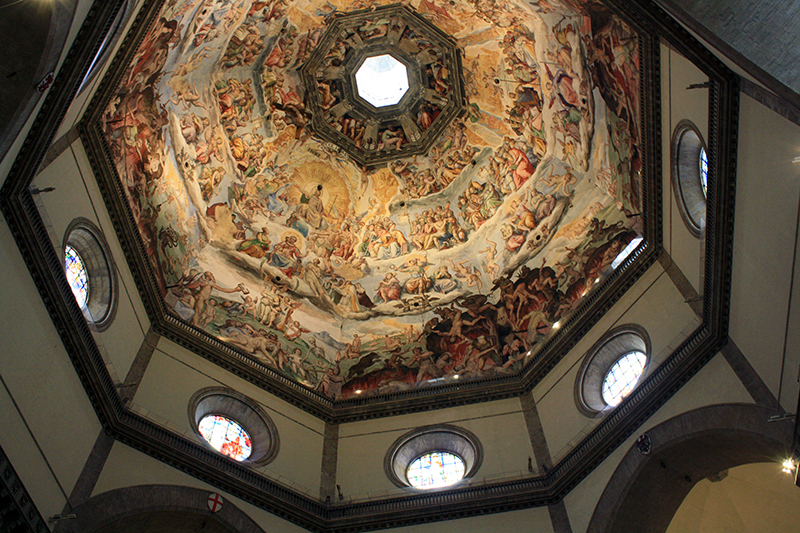 Continuing on the full Duomo tour, we hiked up the 414 steps of the Campanile next (gosh, we walked up a lot of stairs while we were traveling! Quite the bun burner, not to mention how narrow the staircases usually were. Made for quite the challenge squeezing by people going the opposite direction). We also visited the Baptistery, right next door to the Duomo, which is one of the oldest buildings in Florence (circa 1100), as well as the crypt below the cathedral, which is a site of recent excavations to learn more about the origins of the building.

After a morning at the Duomo, we stopped for a brief lunch at a sidewalk cafe. I had this tasty panzanella salad, which was crumbled dried bread tossed with tomatoes, basil, onions, and cucumbers, and dressed with olive oil and vinegar. 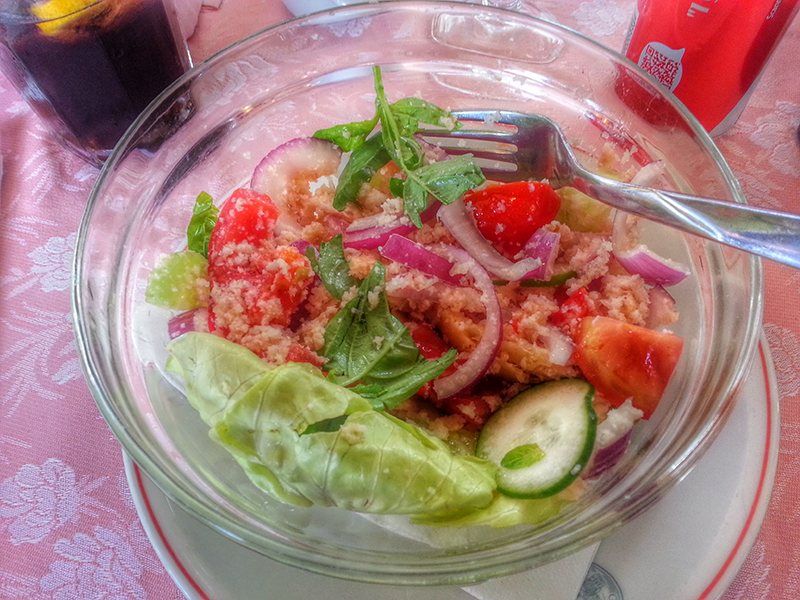 After fueling up on lunch, we visited the Accademia Gallery, which is home to the original David statue. It was definitely cool to see some of the art in person, but again was one of those things we probably wouldn’t have felt the need to see if not for the all-access pass of the Firenze Card.

However, one thing we were still excited to have all-access to was gelato. We quickly discovered a favorite gelato spot (and managed to hit that up three times too!), Edoardo. It’s located right in Duomo-land, and has the best Yelp reviews of any gelato place in the area. And I heartily concur! 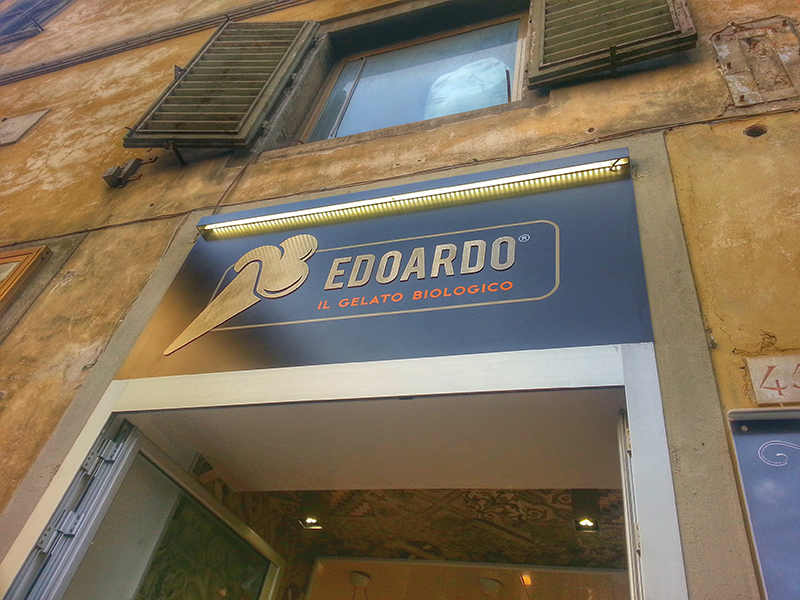 It’s a tiny shop, but they make good use of the space with a ton of different flavor options, and even freshly make their own waffle cones right there in the store. This is crema (vanilla with eggs) with cinnamon on top (I had the cinnamon every time we went there, it was that good). 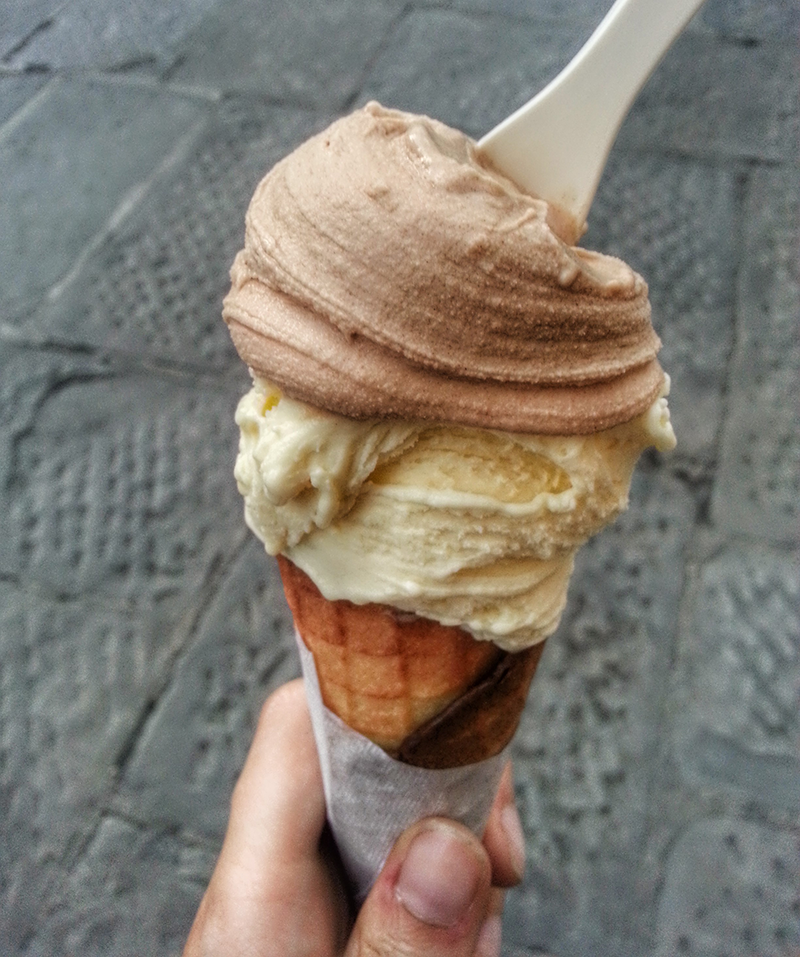 After gelato we made our second of three stops at the BrewDog bar where I tried a bottle of Cocoa Psycho, a 10% ABV Stout. It’s a beer that I’d heard about before but had never seen available to buy in our area (we’ve only had access to Hardcore IPA, 5am Saint, and Punk IPA locally), so I was eager to try one. So delicious–just the right amount of cocoa, coffee goodness. 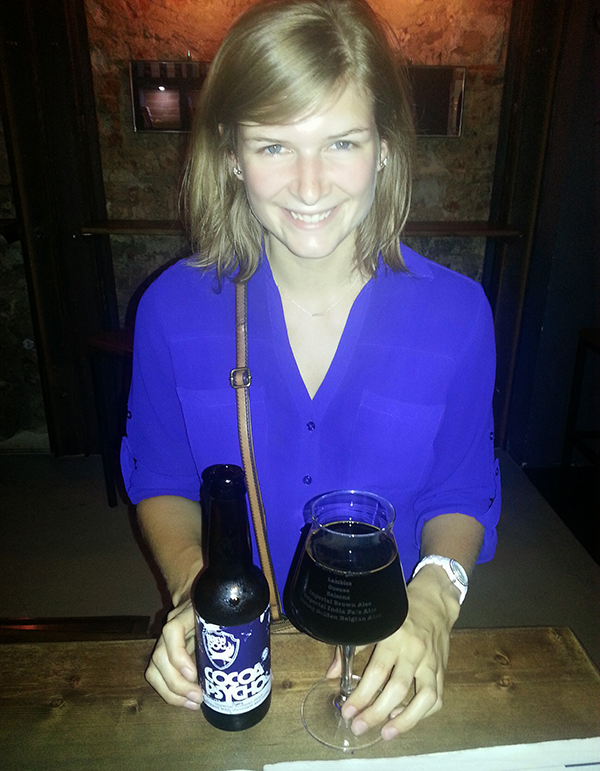 After beers, we headed home to an incredible home-cooked meal courtesy of Lauren: a starter of bread with burrata (which is a mozzarella cheese filled with cream), followed by fresh pasta in pesto sauce and a salad with figs, cherry tomatoes, and olive oil. Oh and wine, can’t forget the wine. :)

Chianti is a region in central Italy (which includes Florence), and wines produced in that area are also referred to as Chiantis. Needless to say, we drank a lottt of Chianti while we were in Florence. 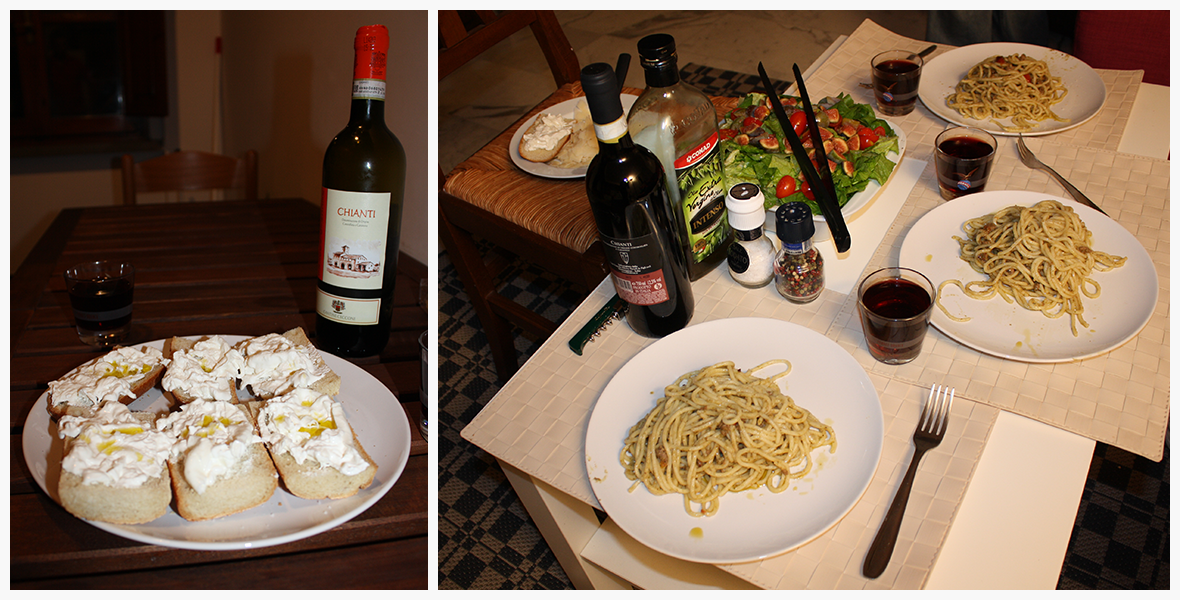 Big takeaway here is that the food in Italy is divine! Luckily being back home I’ve been able to recreate a little bit of the magic thanks to a good selection of Chiantis and burrata cheese at Trader Joe’s. And sometime in the near future I’m determined to make my own pasta!

Hope you’re having a wonderful week! Part two of our trip to Florence to come soon.