Happy Hump Day! Can you believe we’re already a week into the new year?

So this is kind of coming a bit late now, but creating my Goals and Inspiration board (which I mentioned in my last post) got me into the mindset the past couple days of reflecting on what I’ve accomplished throughout the past year. I’ve never been very big on creating New Year’s resolutions, so I don’t have a set list to look back on. But, I did still manage to do a lot last year. Some of those things were goals I’ve had for a while (like traveling), and others came up more on the spot.

So here’s my list of things I’m proud of accomplishing during the past year!

Traveled Abroad: Traveling to Europe (or really anywhere outside of the States) has been high on my to-do list for many years now. I’ve regretted not making time for a study abroad experience when I was in college, and ever since I graduated have been wanting to travel somewhere. Until last year the timing had never worked out, but the opportunity finally presented itself. Last summer we started planning a trip to Spain and Italy, and in October, I stepped onto European soil for the first time! It was such an incredible experience, and I’m already thinking about places I want to go next (see my board!). 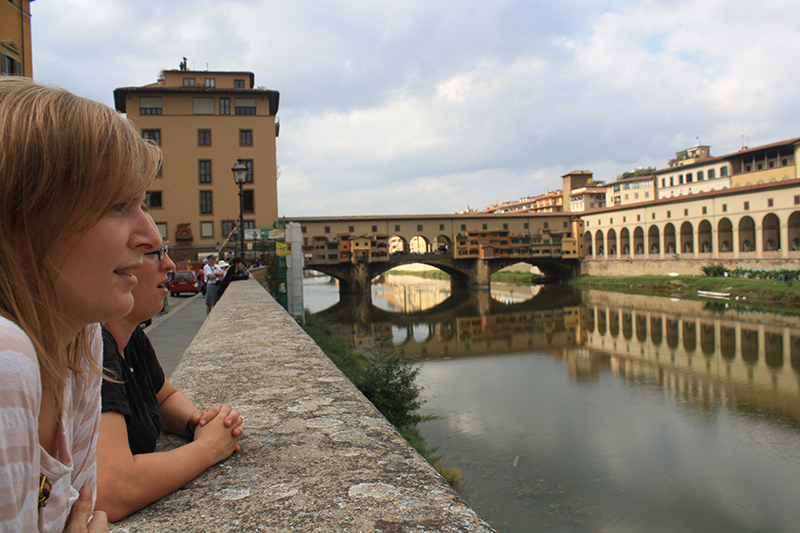 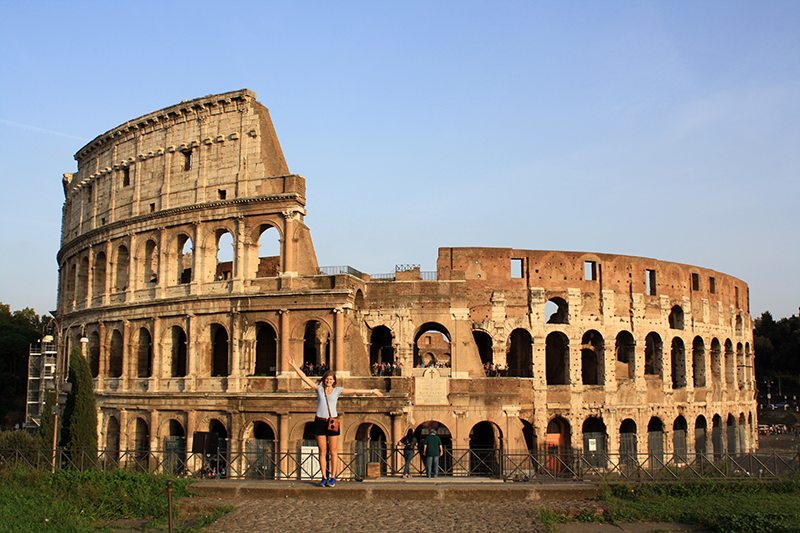 Became a Group Fitness Instructor: Being active and staying fit has been an important part of my life for quite a while now (especially since my last year or two of college and beyond), and I’ve been a dedicated attendee of group fitness classes for a little over two years now. Favorites over time have included the Les Mills classes (BodyAttack, BodyCombat, and BodyPump), Boot Camp, Treadmill classes, Piloxing, yoga, and Pilates. Yoga has fallen a bit to the wayside lately (something I’m striving to get back into more this year!), and I’ve regularly been attending Treadmill and Boot Camp classes, which I particularly enjoy for focus on strength training.

When the Piloxing class offerings at my gym dropped down to only once per week in the mornings, which I couldn’t very often attend, I started to think, “Hey, maybe I could teach that!” For a couple months it was just a random thought on the backburner of my brain, with the occasional glance on the Piloxing website to see if there was a training session anywhere near me. In the fall, I happened to see one scheduled for two hours away from Madison, near Chicago, and decided, “Let’s do this!” 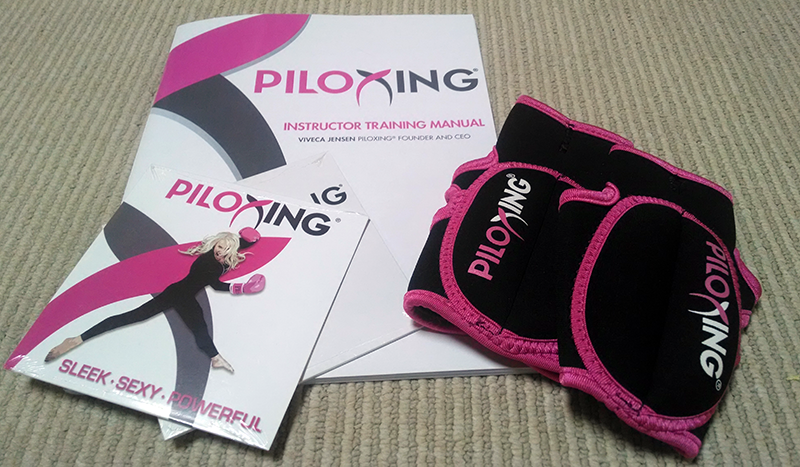 Around the same time, one of my regular Treadmill/Boot Camp instructors was about to go on maternity leave, and her three classes during the week were up in the air as to who would take over. I expressed my interest to her, which eventually led me to contact with the person in charge of the group fitness schedule at the gym. I did a demo of a class for her, was approved by the overall fitness manager, and within a couple weeks I was teaching my first Treadmill class! (Ok, it wasn’t exactly that simple, but I am still amazed at how well everything worked out.) Since then I’ve taught standalone Treadmill classes, plus Boot Camp classes. With our new winter schedule, I’m officially on to teach a weekly Piloxing and Boot Camp class, as well as any subbing opportunities that come up.

What a whirlwind this has been! In the new year, I’m planning to get certified with ACE as a group fitness instructor. Gaining a better foundation of knowledge about the science behind exercise will make me an even more effective instructor. I’m so excited to keep learning as much as I can!

Joined a Choir: I’ve been involved in various music groups off and on throughout most of my life. Between piano lessons and wide variety of school, church, and community choirs, there’s rarely been a time when I wasn’t somehow involved in a musical activity. That changed after I graduated from college and moved to Madison, and without ties to any particular group in the area, I didn’t actively sing for most of my first two years here.

But since it had always been such a big part of my life that I truly enjoyed, I decided to do some investigation to find a local choir I could join. I was looking for a choir with a limited time committment (one practice per week was ideal, with a concert or two every few months), and I didn’t want to have to audition. I was lucky enough to find a group that matched both of my criteria! I joined last January and have been a member now for the past two semesters. Our group is community-based and unaffiliated with any other organizations. I always look forward to our weekly practices and anticipate being an active member for the foreseeable future!

Started a Healthy Living Blog: Well this one is pretty obvious. :) But it’s something I’ve been wanting to do for quite a while now. I’ve been a frequent follower of many healthy living/food/exercise blogs over the past few years (and the list grows longer every months, lol) and seeing those lovely ladies documenting their successes, struggles, and lives made me want to join in too! So far it’s been a fun way to reflect on my life and where I’m at physically and emotionally, and if nothing else it will be a great way to look back on my life in my 20s when I’m older.

This coming year, I’d like to start growing the blog even more as I continue to figure out where exactly I want it to fit in this world of (so many) blogs. Do expect more workouts, recipes, and other fun tidbits to come!

Maintained a Community Garden Plot: This was perhaps more of a flop than an actual success (we didn’t actually get much of a harvest out of it), but we did learn a lot in our gardening adventures. :) We planted a pretty wide variety of crops (we have a 20×25′ plot), but in the end the weeds overtook most of it (including a nightmare-inducing sunflower that sprouted up in the corner). In the coming year, I want to be more active in caring for the garden, and keep the spread of weeds from taking over the garden. 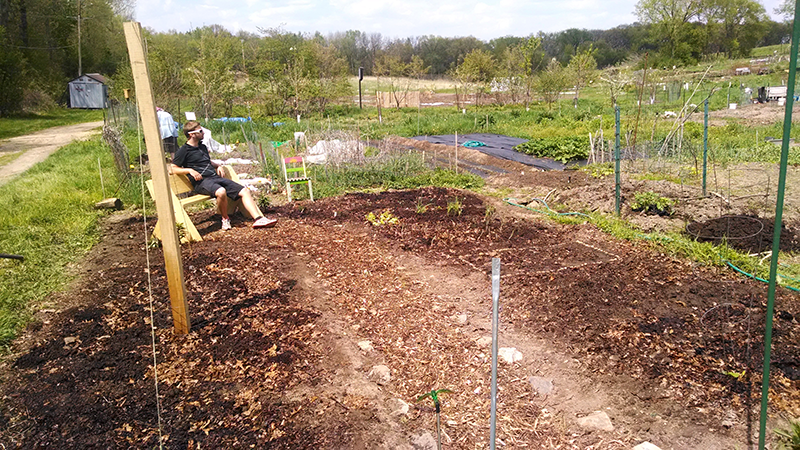 Learned to Love (and Brew Our Own) Beer: This is a silly one, but as someone who has never cared much for beer (read: that cheap, watery stuff you drink in college), my foray into the world of craft beer came came as a bit of a surprise. But plopping myself into the land of beer and cheese, and cozying up to a boy who loves his beer, I really had no choice but to succumb to the inevitable. :)

My favorite beers of late are darker Stouts and Porters. I will also never turn down a good Sour! 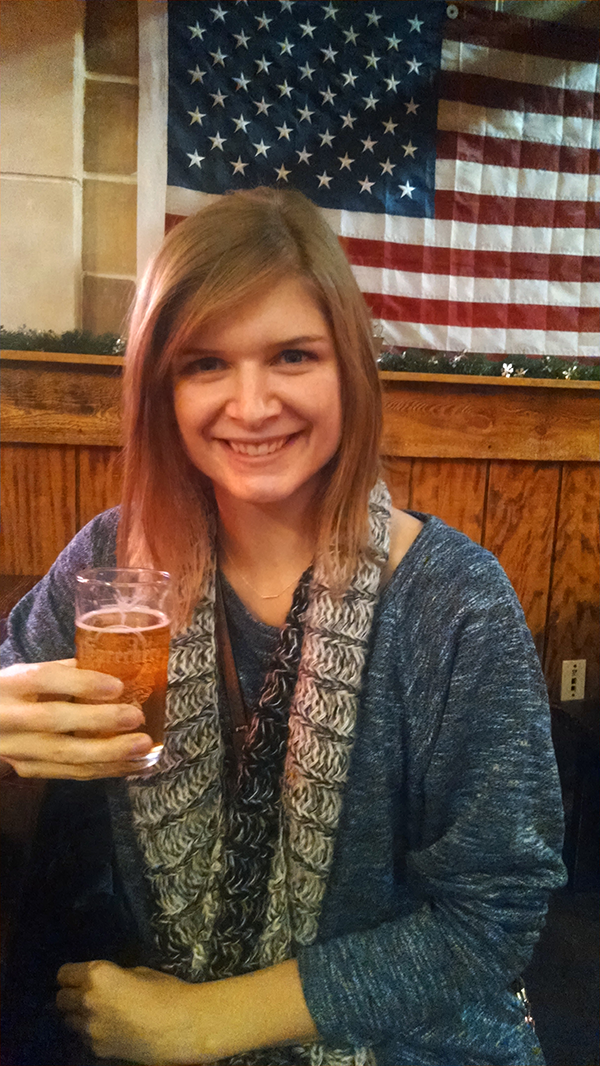 We even grew our own hops in that garden I mentioned earlier and have used in our own brews! 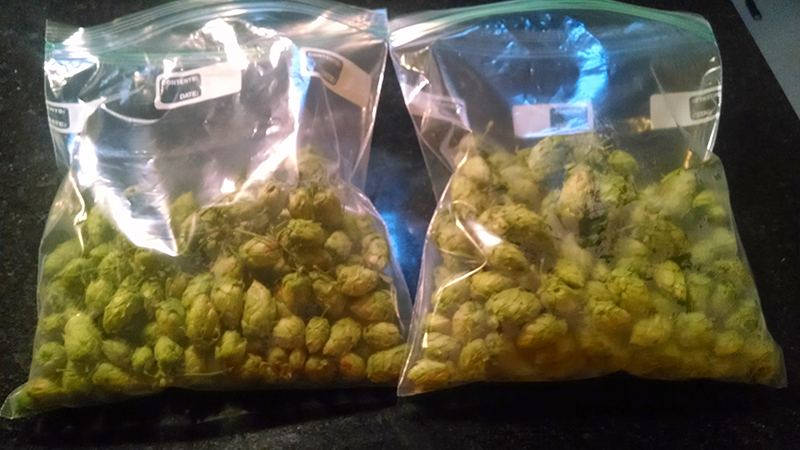 Whew! Well when you lay it out like that, it’s amazing how much you can do in a year without realizing it! My 25th year was one of the best to date, and I hope that the 26th will just be that much richer. :)

What are a few of the things you’re most proud of accomplishing in 2014?